Ventless Dryers: The Vent-Less Way to Dry Your Clothes 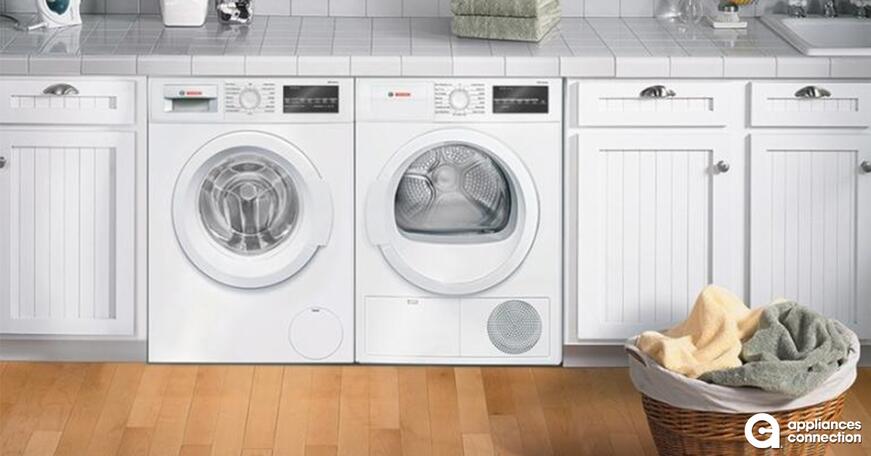 Almost 80% of American homes have a clothes dryer, so were all very familiar with that big hot box. Some of us may even save quarters to go to--EEK!--the laundromat when we just don't live in a large enough space for a dryer. There, we can certainly see plenty of those giant, traditional, vented dryers lined up side-by-side. There still may be a type that many still don't know about, though, because they still aren't in the mainstream in America: Ventless dryers, and THAT just may save you from running to the laundry. 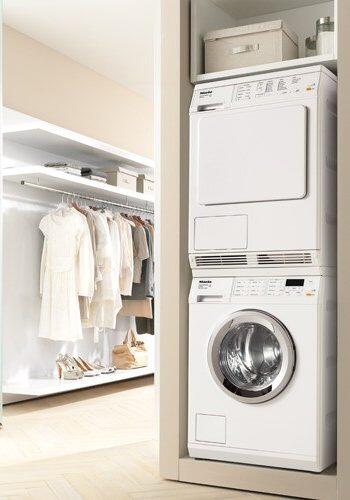 Ventless dryers have actually been around for decades--in Europe. In fact, there they are just called dryers. Many countries much prefer ventless dryers; Switzerland has been outlawing our big, vented dryers since 2012. The reason for their European popularity is this: European homes tend to be very small, in very old buildings, and they just cannot accommodate the large, vented ones that we have here. By the same token, Americans like things BIG, reminiscent of all those Texas cliches about everything being big.

Ventless dryers are a great choice when you live in a small space, because it can always go under the counter or in a closet, as long as there's an electric socket and proper air flow. Just because the dryer doesn't have a vent doesn't mean it doesn't need air circulation. If yours is in a closet, be sure to leave the door open while you dry, says Sophie Todd of Sophie Design, one of the in-house designers for Appliances Connection. And if it's under the counter be sure there's an inch or two on each side and in the back, but you really don't need a special room that's used only for laundry.

Many ventless dryers are stackable, or can be placed side-by-side with the washer (just be sure it's the same width!) We even read about one clever do-it-yourself who made a makeshift dining table that performed double duty as a laundry. He placed a small washer and ventless dryer side-by-side, next to the plumbing lines in the kitchen, and then built a dining table over it so they'd be encased, hidden from view, and could be used as a table when needed. 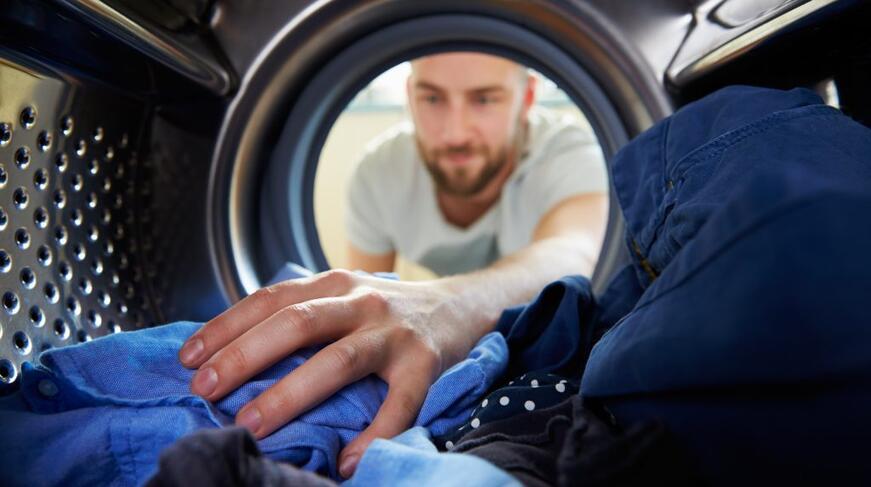 Vented dryers pull room temperature air from the laundry room. They heat the air, roll the clothes around in it, then blow out the exhaust, complete with evaporated moisture, outside into the air. Obviously, there needs to be a hole in the wall through which the exhaust will pass.

The problem is that, when the air is cold, chances are your home won't be warm, and your furnace is going to have to work harder to make it up. Then it gets even worse in summer because your house air has been cooled, probably by an air conditioner or fan. So the dryer has to heat it up and then just blow it outside--which seems like a waste, doesn't it?

The ventless dryer, on the other hand, does not need exhaust. Like a vented one, it does pull in cool air and heat it up, but the similarity ends there, because a heat exchanger cools the heated air which, in turn, causes the moisture in the air to liquify and then go into a containment chamber within the dryer. It gets pushed into the drum where it heats the clothes and evaporates the water. It just keeps repeating that cycle until the clothes are fully dry. There's no need to blow anything out, because the water either goes down the drain or collects in a tray.

Where Do Ventless Dryers Work Best

Aside from the space considerations that Sophie Todd mentioned, ventless dryer are also good when you rent or otherwise just can't punch a hole in the wall.

They're a great choice as a marine appliance, said Ahmed Ahmed, another in-house designer at Appliances Connection. It's not exactly a good idea to punch a hole in a boat! Seriously, though, they're also compact enough that you can plan to take a long trip and not have to worry about finding a laundromat on land.?

These two are from Bosch, widely known around the globe as a leader in laundry appliances:

The Advantages of Ventless Condenser Drying

The Whirlpool WED9290FC Dryer The obvious answer is not needing to punch a hole into the wall to vent. Another advantage is that your air conditioner or furnace won't have to work for air that only ends up going outside.

Ventless condenser drying is a lot more gentle on the clothes. The clothes are much cooler when they come out which makes some people think they're still wet, but they aren't. Even though a lot of people love that warm, toasty feeling they get after a piece of clothing dries in a vented dryer, it's actually not good for fabric. Traditional vented dryers can overdry, and that causes things like shrinkage, color running and fading, and sometimes even tears.

You can actually see the damage just by looking in the lint tray. Lint is created by those tiny tears in fabric, and over time that's going to result in a tear.

One disadvantage is that it does take a little longer for the clothes to dry.

A removable water reservoir collects water from the drying process, and the sensor adjusts the drying time based on the amount of moisture.

The NFC tag-on technology lets you download cycles from your smartphone. The Wrinkle Care option prevents wrinkles by continuing to tumbling your load for 3 hours when you are unable to remove clothes immediately from the dryer. Smart, huh?

When it comes to appliances for the home, Whirlpool really knows its stuff! They design intentionally to--as they say in their website--handle whatever the day may bring.This theWhirlpool WED7990FW:A 27-inch electric dryer with a 7.4 cubic foot capacity, 7 dry cycles and 4 temperature settings.

Efficient dryer technology--and you can even dry comforters!-- lets you use less energy than ever. Wrinkle Shield technology helps prevent wrinkles.

Miele, a family-owned company, has been in operation since 1899. This creative, and highly innovative company even has a department called Miele Marine, with appliances that to specifically address the needs of the boating world. This is theMieleT8033C:A 24-inch electric dryer with condenser drying with 8 dry cycles, drum lighting, and honeycomb lighting. 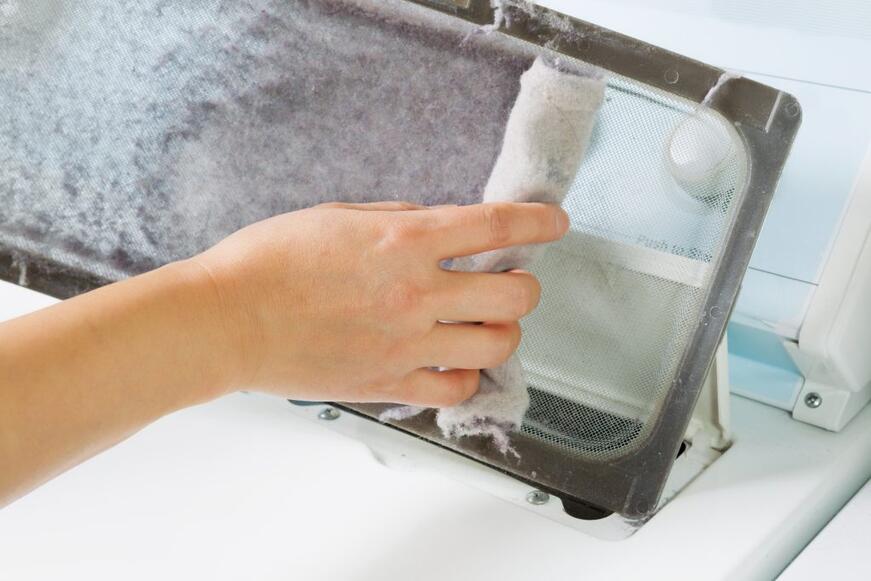 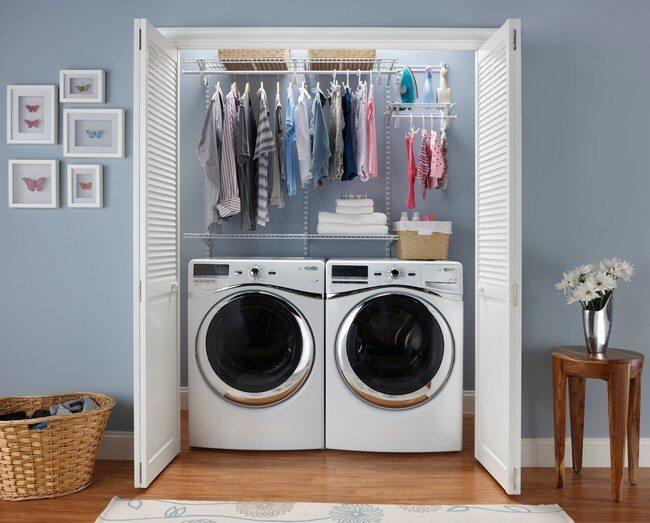 If you store your dryer in a closet, vacuum regularly to keep dust under control.

Just as with any appliance, regular maintenance is a must to keep it working properly--but it's still quite a bit less than with the others. With the vented ones you always have to check for lint and you only really need to wash the lint trap every two weeks or so. Empty the containment chamber and lint trap to be sure nothing is left to clog pipes. Be sure to check the condenser every three or four months because, no matter how careful you are, lint can still accumulate there. This should be done on a regular basis--preferably after each load. You can also use any collected water on plants or in the garden.

To wash the lint trap (after removing the trapped lint, of course): Use a gentle soap and soft brush to clean away residue, such as that from detergentor fabric softener. Clean the outside of the dryer with a damp cloth and some gentle detergent.

What is a Heat Pump

Heat pumps have been found to be even more efficient at drying clothes than condensers--but they are still just as gentle.

Ventless dryers offer significant energy savings, using about half the energy of a traditional model and, while they are far from main steam in the United States, they are offering more cycles and design and measurements that would look at home in the laundry room.

As always, if you don't see something, ASK, because we can order it for you!

Now that you know everything about ventless dryers, tell us about your own experience with them.? We love to hear from our customers!

If you have any questions, please feel free to contact us at 1(800)-299-9470 for knowledgeable and professional service.