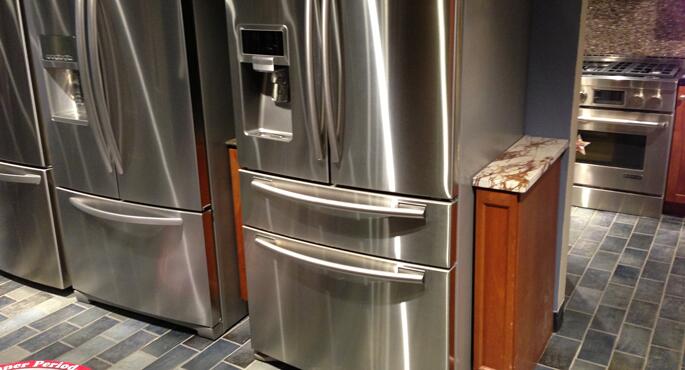 Refrigerator size is constantly growing?in order to meet today?s bulk food purchasing tendencies. You see them everywhere now. Big, hulking ice creatures. You?ll even find them at this year?s CES. Where some of the most outstanding ?36 refrigerators were displayed by big-time brands including Whirlpool, Samsung, and LG?all due for a spring arrival.

Now this is the part where we go over the refrigerators that really stood out at this exhibit. You never know. One of these might end up in your kitchen someday.

And Now Announcing: The Latest in Cooling Technology 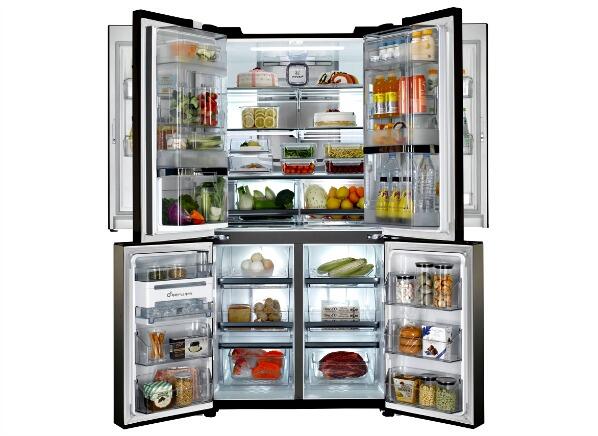 Just look at it. This huge, sleek and shiny juggernaut. So beautifully spotless.

Yeah, right up until you put your hands on it, you think.

And maybe 99.999999% of the time, you?d be right. But this refrigerator is the exception. Put your hands on it and slide them all over the onyx exterior. Go ahead and do it. I dare you. You know why? Because it won?t make a difference?it remains smudge free. Everlasting purity.

Although I have to say, the coolest feature about this fridge is probably (definitely) the unique door-in-door design?creating extra space for extra beverages.

And?The main compartment is MASSIVE. It contains EasyReach trays and a BigFresh Zone?a frosty and spoil-safe haven for your fruits and veggies. A tilt-up bin also makes it easy for your little ones to reach their favorite snacks. 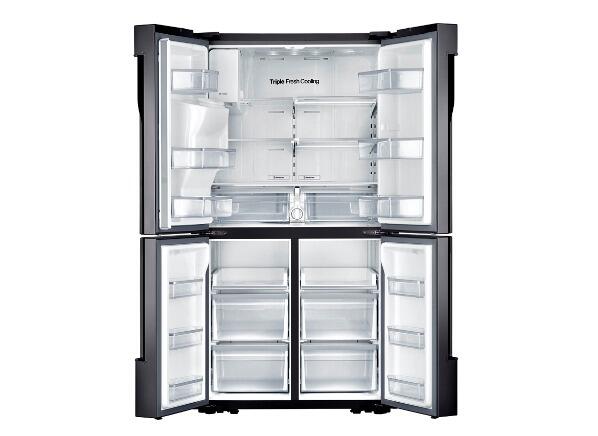 In a time long ago? when refrigerators only had two doors? One pioneer charged through the land and set ablaze the fires of innovation?the four door refrigerators. Ok. So maybe it wasn?t THAT long ago. In fact, it was in 2013. And the trailblazer? Well, that was Samsung.

And now they?re taking it a step further with their announcement of the counter-depth version of the four door?a refreshed look, perfectly in sync with modern kitchen cabinets. The flexible lower right cavity of the fridge is ideal for kid?s snacks or for extra freezer storage.

Even humidity levels optimize food freshness?a balanced reached, thanks to dual compressors, a triad of evaporators, and several sensors. This stainless steel beauty also features slide-in/flip-up shelves and two crisper drawers. It fits perfectly with any modern kitchen and is comprised of three fans and four doors. A fan is integrated into each of these compartments in order to split the control between the areas?a feature aptly dubbed ?triple-cooling? by Samsung. 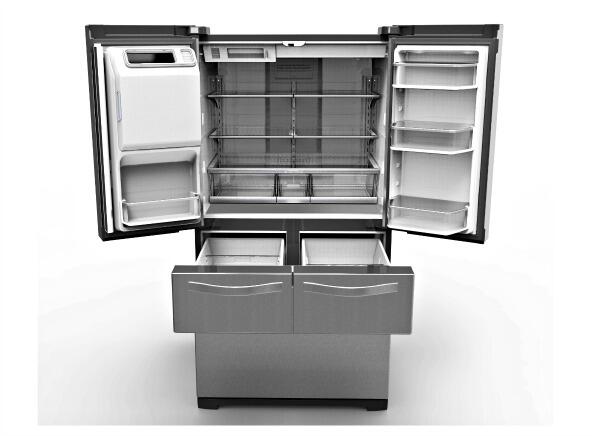 So what?s so special about this appliance? Let?s see here. (Puts glasses on)

According to Consumer Reports (which has tested several four-door, French-drawer bottom freezers), this 26-cubic-foot beast splits its short horizontal drawer between the fridge and freezer into two separate drawers. What?s the purpose of these? Well, the one on the right is designated for the storage of produce (mainly the stuff just doesn?t squeeze into the upper compartment), receiving cooling from above. The left drawer offers more temperature flexibility, allowing up to 5 settings, and ideal for storing frozen meets, cold drinks, deli and cheese.

The icemaker doesn?t occupy much space?if any. As it is built right into the left door, leaving your left side compartment nice and spacious. Pretty snazzy, huh?

Well, that?s all for today folks. Feel free to comment.

Say. Ask. Anything you want?within reason?