Impending Tariffs Will Increase Appliance Prices. Now Is The Time To Buy.

As the effects of the impending tariffs on imports loom, economists are predicting the toll on US consumers could be considerable. The US agricultural industry has already been hit with retaliatory tariffs placed on staples such as soybeans, pork, dairy, nuts, and more. Now appliances are on the chopping block and for homeowners and builders, early signs don't bode well.

It all started with washing machines. US company, Whirlpool, had long voiced concerns about competition from overseas manufacturers. Tariffs on imported washing machines were announced in late January 2018, taking effect the following month. They are scheduled to continue for the next three years. The tariff included washing machine parts, steel, and aluminum. It resulted in the largest three-month price increase - 16.4% from February to May this year - in the 40-year history of the Bureau of Labor Statistics series, Major Appliances: Laundry Equipment.

Initially, Whirlpool celebrated. This is, without any doubt, a positive catalyst for Whirlpool, Marc Bitzer said on an investor conference call reported in the Wall St. Journal. Six months later, the company's share price was down 15% and net income had dropped by $64 million in the first quarter compared with the previous year. They didn't factor in the tariffs on steel (25%) and aluminum (10%) - Whirlpool's raw materials - would have on the cost of doing business.

LG and Samsung Open US Plants

Despite the higher shipping costs, overseas-based companies have continued with their U.S. businesses. Rather than importing machines, LG and Samsung have opened US manufacturing plants. With US consumers and businesses being hit with retaliatory measures from China and other nations (principally, the E.U., Mexico, and Canada) where US tariffs have been imposed, most economists predict that these tit for tat measures will do more harm than good.

All Appliances Could Be Affected

Of course, with the tariffs on steel and aluminum hitting hard, it's not just washers and dryers that will be affected but every appliance in the home made of metal. Stoves/ranges, ovens, refrigerators, grills, etc. Washing machine imports are charging an initial 20% tariff. It will rise to 50% once a 1.2 million quota is surpassed which should happen imminently. The price hikes have sent consumers and businesses running to stock up even if their old appliances haven't yet died. But the kitchen could just be the start of a frightening escalation in tariff related costs. 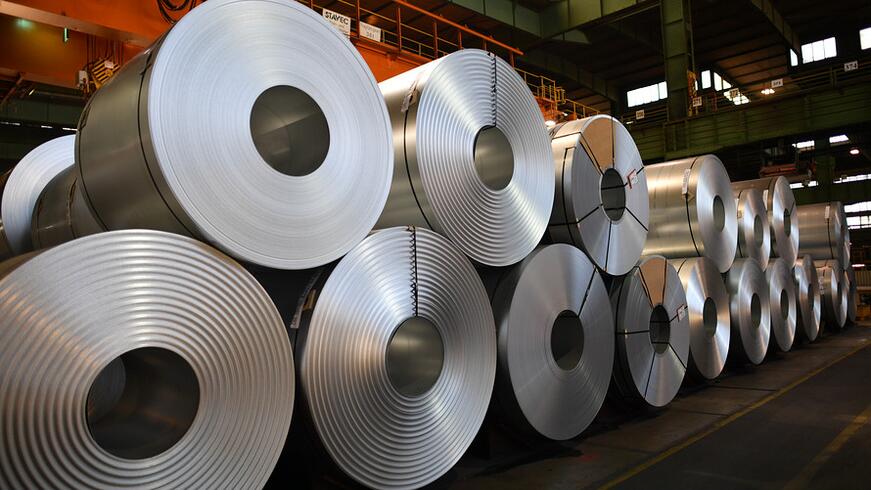 Steel is one of the integral components in most major appliances.

Savvy Buyers Are Stocking Up

According to the Peterson Institute for International Economics, the average household gets a boost of $18,000 in purchasing power than to free trade agreements. A trade war will undoubtedly eat away at that number. I'm hoping saner minds prevail sooner rather than later, says Dwight Johnston, chief economist for the California Credit Union League told NBC News.

Appliances Connection has some of the lowest appliance prices on the market. However, the imminent tariffs are going to necessitate us raising those beginning January 1, 2019. Consequently, now would be a good time stock up on models you could see needing an upgrade in the foreseeable future. House flippers and those in the construction business, too, might want to do likewise. A storage facility could be the best investment you make in the coming months.