How to Grill with BBQ Sauce 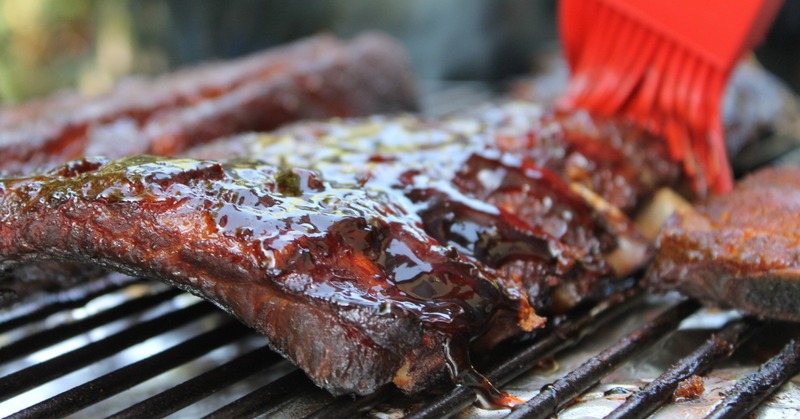 It’s a sight to make anyone’s mouth water: that rich, deep reddish-brown coating of barbecue sauce glistening over a luscious morsel on the sizzling grill, just waiting to be devoured in a spicy, sweet, tangy feeding frenzy. It’s why napkins were invented!

Anyone who loves a cookout inevitably loves a good barbecue sauce, whether it’s a popular ketchup-like Kansas style, a vinegary North or South Carolina blend, or a tried-and true Texas taste. What’s less commonly known is how to correctly go about grilling with BBQ sauce without having it overpower the flavor of the meat, or worse, ruin the meat itself by being added at the wrong time in the cooking process.

The barbecue experts at Appliances Connection are here to help with a quick primer on cooking with barbecue sauce, the dos and don’ts, and what technique works best with whatever’s on the grill.

As mentioned above, there are countless varieties of barbecue sauce from all corners of the globe, all of which have their own unique qualities and flavors. As to which is the absolute best barbecue sauce, that is purely an individual choice (NOTE: do not repeat the previous sentence in certain regions of the country, as they can be taken as “fighting words”). However, the one common factor most sauces have is sugar. And that’s why it’s important to know how to grill with barbecue sauce.

Sugar adds great deal of flavor, but it also begins to burn at about 350 °F. The trick is to know when and how to add the sauce to the meat so it has time to caramelize and stick to the food, adding that delicious coating while also keeping the exterior from turning into a blackened shell by exposing the sauce to too much heat. It doesn’t matter whether you’re using a charcoal grill, natural gas or liquid propane, or an electric grill—all it takes it a few minutes of excess heat to put a damper on a cookout.

And, since there are different meats, there are countless different methods as to how to prepare them with barbecue sauce. Here are some simple, basic suggestions for the most popular barbecue food types. 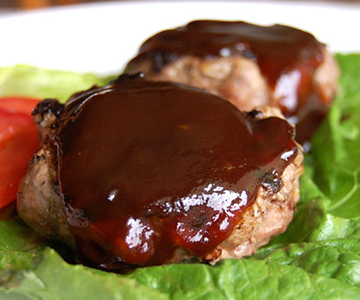 Apply the sauce before cooking, then grill low and slow until cooked to your level of doneness. Add more sauce every so often for a consistent texture. Don’t overdo it, though. For extra flavor, cut shallow lines into the meat to let the sauce really infuse with the interior. For a fine finish, just before the meat is cooked through you can remove the beef from the grill, slather it in barbecue sauce one last time, then let it finish cooking. This adds a delicious layer that sticks to the exterior of the meat without burning. 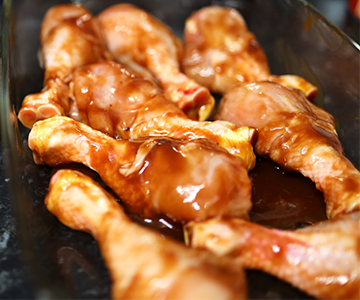 When it comes to chicken, many people apply barbecue sauce before the chicken even hits the grill, then continue to brush it on until the chicken is fully cooked. And while this is a perfectly valid and common method, it does leave the chicken open to burning. A better option is to let the chicken go naked on the grill until about 10 or 15 minutes are left in the cooking process. That’s when you can start slathering on the sauce while turning the chicken pieces when needed to achieve that sublime combination of sticky, smoky, and sweet that every barbecue bon vivant craves. 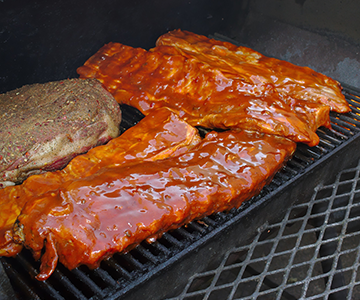 The key to the perfect rack of ribs is simple: NEVER tell another chef how to barbecue their ribs. That way, at least everyone can enjoy their meal in peace.

Here, however, we’re just going to stick to the basics. Like chicken, you should wait until the meat is almost cooked before adding sauce—usually about 20-30 minutes before completion. It also helps if the sauce is already warmed up before application. And don’t go overboard with the amount of sauce you add. Several thin layers work better in achieving a balance of cooked-in flavor and a finger-licking delicious glaze.

As far as grilling with BBQ sauce goes, you’ve just learned the very basics. But remember, there are countless techniques when it comes to barbecuing. And half the fun of is exploring and discovering techniques and tastes until you ultimately arrive at the point you can say with resolve, “This is how I do it!” as so many proud grillers have before. So, whether like your barbecue sauce sticky, sloppy, sweet, or spicy, just start with the basics and let your culinary ambitions fly.

If you have any questions or comments, please leave them below.

If you want to know about purchasing an outdoor grill, explore our buyer’s guide here:

Do you put BBQ sauce on before grilling? ?

In most situations, you should not put BBQ sauce on before grilling. The sauce will likely begin to burn before the meat is fully cooked. End result: yuck.

Should you marinate chicken in BBQ sauce before grilling?

While it may seem like a good idea, you should not marinate chicken in BBQ sauce before grilling. A marinade adds flavor without coating the chicken in sugar or other reactive ingredients. When it comes to marinade, think more spice, less sugar.

What should I put on steak before grilling?

Things that you can put on steak before grilling include a brushing of olive oil, pepper and salt to taste, or any variety of spices and rubs. Your taste buds will be the final judge. 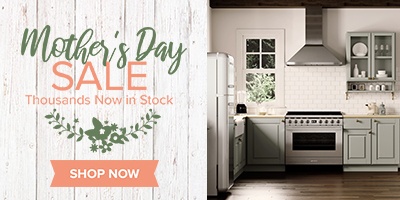 How to Measure the Cutout for a Built-In Grill

The Best Smart Washer and Dryer Sets of 2021

The Best Smart Dishwashers of 2021

The Quietest Dishwashers of 2021

The Best Kitchen Appliance Finishes of 2021

Appliance Brands and Furniture for a Classic Style Kitchen

The Best Vacuum Cleaners of 2021