For millennia, direct cooking methods had been a relatively unchanged and straightforward affair. Humans cooked their food over an open fire on spits. After the development of pottery, cooking in clay pots became de rigueur. The only way to regulate temperature was to arduously adjust the fire's intensity, which is a fussy business requiring constant attention. The nomadic lifestyle of early peoples meant developing more nuanced cooking practices was not a pressing concern. When cultures began to leave behind their itinerant ways, more consideration was turned to the refinement of culinary techniques, leading to the creation of cooktops. Come look at some of the milestones in cooktop history.

The earliest evidence of controlled cooktops date back to 4000 years ago associated with the Indus Valley civilization of India. The design was exceedingly simple. A moderately flat-topped earthen dome was shaped over a fire cavity and food or cooking containers would be placed on top. If the structure was located inside, a chimney was constructed to allow smoke to escape. Over the next 1000 years, this structure would be adapted and spread as far as east Asia. As the design was passed on, it would pick up enhancements such as dampers and draft doors for better heat control. Eventually, the construction appeared and became prevalent in Japan around 500 CE and would henceforth be known by the generic term, "Kamado." 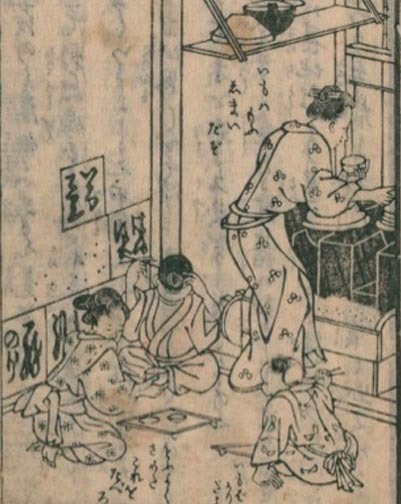 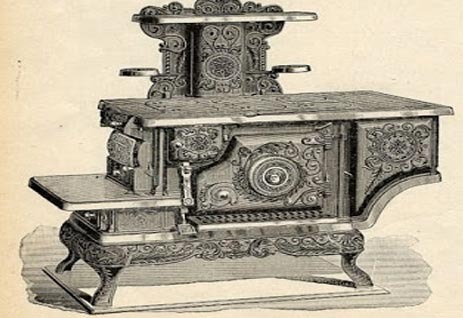 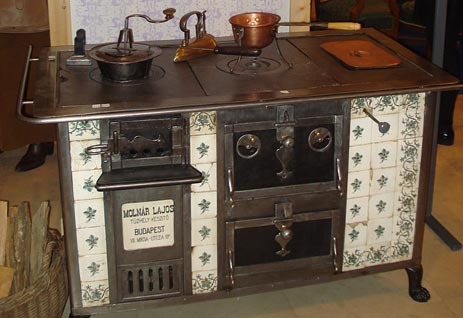 Until the 18th Century, Europeans were still cooking over open flames which carried several disadvantages including physical danger, excess smoke in confined spaces, and egregious inefficiency. Some studies have shown that these had deleterious health effects on the general population and contributed to prolonging the Dark Ages, hampering the intellectual progress of European society. The 18th Century brought with it the Age of Enlightenment, a period of great technological leaps in the West. In the 1790s, Benjamin Thompson was already known as a gifted scientist and inventor when he introduced a kitchen range made of brick with a cylindrical oven and holes on top where cooking vessels could be placed. Though it was too cumbersome for domestic use, its introduction spurred steady development. Throughout the first half of the 1800s, the construction of these ranges evolved from masonry to cast iron. This made it possible for the units to be smaller and more portable. By the 1850s, these ranges with cooktops became fixtures both in middle class homes and the American frontier. Soon, though, kitchens would overcome their dependence on inefficient and noxious fuels such as wood and charcoal.

The technology behind the gas cooktop has been relatively simple. Gas on the cooktop is directed through a burner. When the gas flows, it's ignited in one of two ways. The first models of gas cooktops featured a standing pilot, which was a small, continuously burning gas flame. This first ignition method presented a danger. If the pilot light for whatever reason went out, gas would continue to flow into a room which would precipitate an obvious fire or explosion hazard. As time went on, these pilot lights would be replaced by electric ignitors which could emit a spark on demand. Despite being developed in 1802 in Germany and patented in 1826 in England, the practical use of the gas cooktops could not flourish until the pipeline to convey the fuel had caught up. Through the mid to late 1800s, gasification and gas pipelining for street illumination proliferated in Britain. By the 1880s, the pipelines became widespread throughout Europe and in the United States. As their reach extended, the infrastructure was adapted for use in gas cooktops which are still commonplace today. 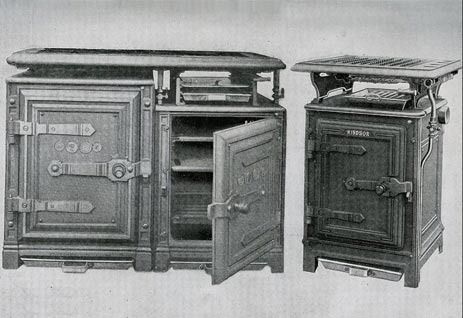 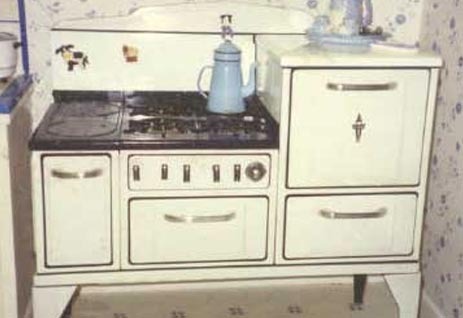 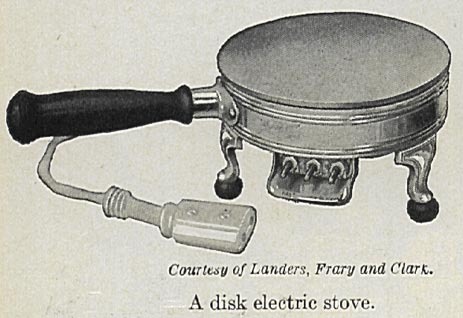 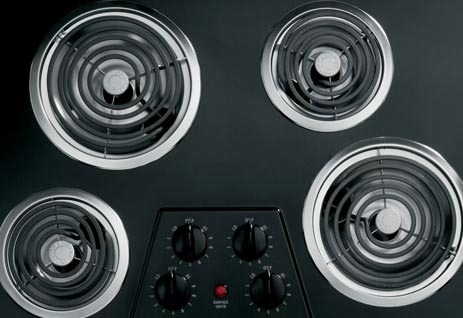 The 1800s were banner years for cooktop development. Just as gas technology was finding its feet, in 1859 George B Simpson was bestowed a US patent for an "electro-heater". It was a modest metal surface heated by platinum-wire coil and powered by batteries. In 1893, the Chicago World's Fair was held where electricity was one of the centerpieces. It was here that the first practical electric stove was showcased as part of an electrified model kitchen exhibition. As with Simpson's seminal prototype, the heating elements were metal coils in which electrical resistance could be adjusted, raising and lowering the temperature. The electric cooktop was initially slow to catch on since electrical grids at the time were an anomaly. Added to this, precise temperature regulation and lifespan of heating elements due to inadequate materials science advances made cooking with electricity a novelty. Through the first decades of the 20th Century, electricity in homes became more ubiquitous and alloys were invented that made heating elements more durable. By the 1930s, electric cooktops, being less expensive to manufacture and operate, were competing with gas cooktops for market share. These days, with electrical frameworks being more prevalent than gas on a global basis, electric cooktops edge out gas cooktops in use.

Induction cooking, as the name implies, induces a magnetic field to heat a vessel directly rather than relying on thermal conduction via an open flame or an electrical heating element. Like its gas and electric counterparts, the introduction of induction cooktops far predates its general use. The first patents were issued in the early 1900s. Again, like their counterparts, technology needed to catch up for induction cooking to become more pervasive. In the mid-1950s, prototype models were demonstrated by Frigidaire but were never put into production. In the 1970s, Westinghouse made a brief foray into more mainstream production with the CT2 Induction ranges. At $1500.00 at the time ($8300.00 in 2017 dollars), these were prohibitively expensive for the public at large. When Westinghouse sold off their consumer products division in 1975, induction cooking advancements in the United States ground to a halt. It became a boutique item used by groups like NASA while American consumers shunned it. Conversely, in Europe and Asia, the populace needed to accommodate ever-shrinking living space and greater energy efficiency. It was there that induction cooking innovation marched on. Now, full sized induction cooktops are available the world over for as little as $330.00 with some portable individual hobs selling for $75.00 at discount supermarkets such as Aldi. 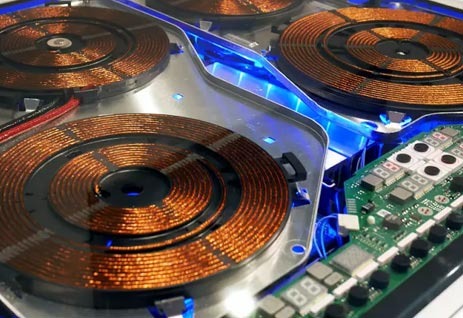 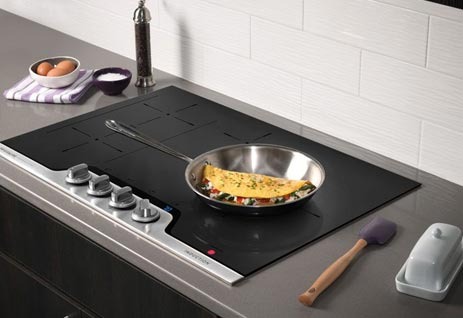 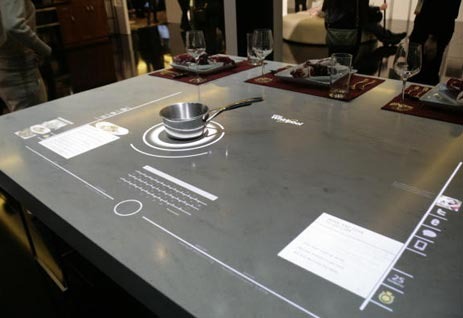 Cooktops have evolved quite a bit since the dawn of humankind in terms of technology, if not pure methodology. The modern means discussed, gas, electric, and induction, are still being used and advanced concurrently. This is likely to continue as they're all still relatively young and the pace of development for each is exponential. It will certainly be interesting to see which, if any, wins out.

Breathe life into your kitchen with a selection of colorful appliances that will make a bold statement in your home. 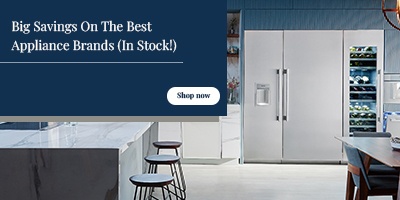