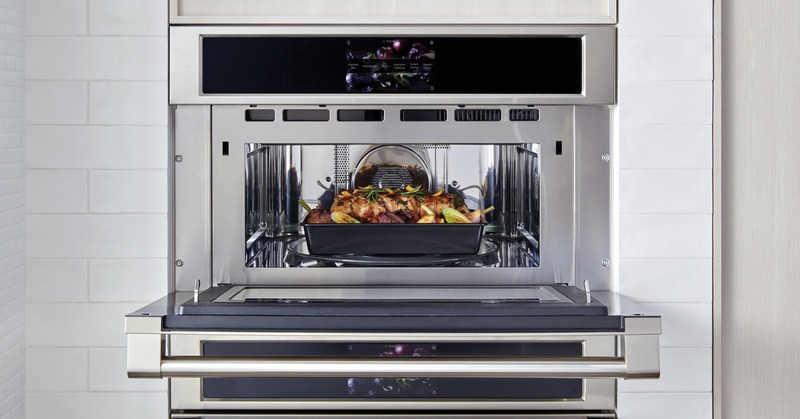 A speed oven can be a wonderful choice in many homes: its smaller profile gives you more freedom to place it, while its versatility means you can potentially replace other appliances such as a microwave or toaster oven. A speed oven can even save you a huge amount of time and energy using advanced sensors and cooking programs, equipping it for all types of cuisine. Here's our expert picks for the five best speed ovens of 2021. 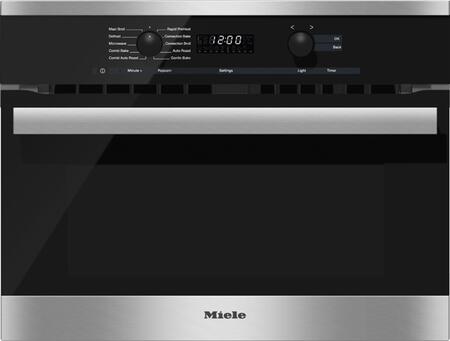 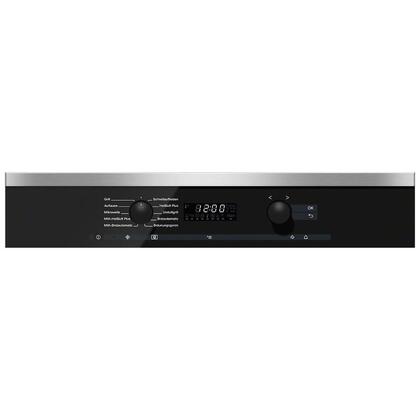 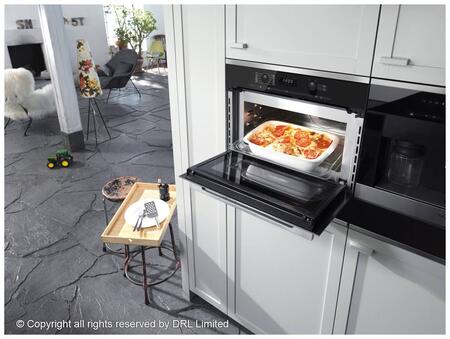 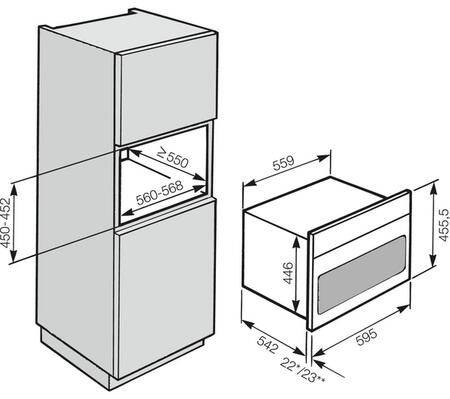 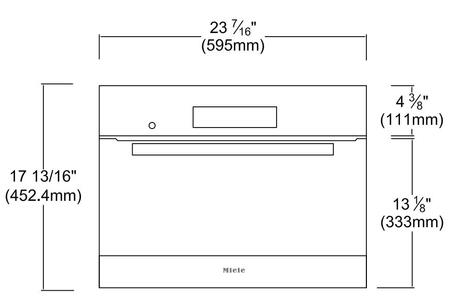 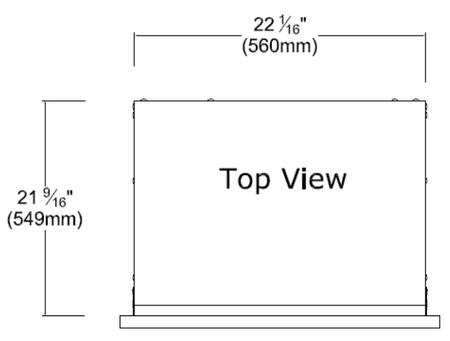 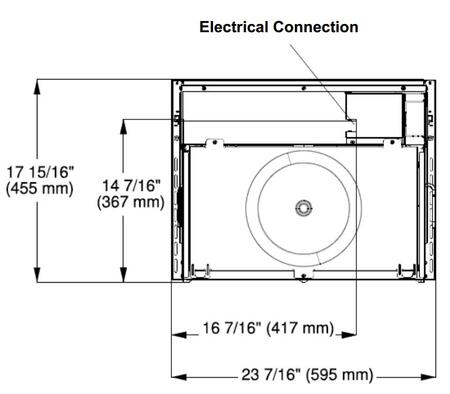 The Miele H6200BM is a speed oven with 1.5 cu. ft. of capacity, and as part of the DirectSelect Series, it packs every bit of that space with high-end features. The microwave function lets you heat everything from popcorn to frozen dinners, while the convection oven includes a browning element. You can even combine the two in a single program, and thanks to the DirectSelect control panel you can add new programs with the touch of a screen. (That same screen even suggests cooking temperatures for you based on the process you've selected, saving you even more time.) The PerfectClean stainless steel interior prevents food from sticking to the oven, and its exterior is cooled on all sides, making it safe to touch and ensuring it will not damage your surrounding cabinetry while it's running. 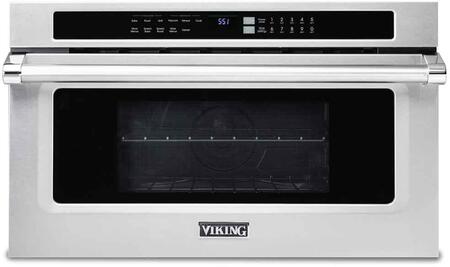 The 1.6 cu. ft. VMDD5306SS is part of Viking's 5 Series and is rightly lauded for its customizability. Not only does it provide the features of both an oven and a microwave, it comes with accessories to suit both modes. It can fit a 9-in. by 13-in. pan on its two level cooking racks, or you can make sure your popcorn doesn't burn by placing it on one of the 16-in. turntables. The oven's Speed Bake and Speed Roast functions alternate between convection and microwave power to reduce cooking time and ensure even heating, while its 12 automatic sensor programs adjust cooking based on its contents. Most of these programs even offer cooking hints. It even aids with cooking preparation thanks to the Auto Defrost function for quick and accurate thawing. 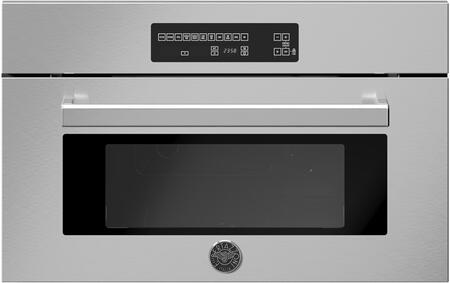 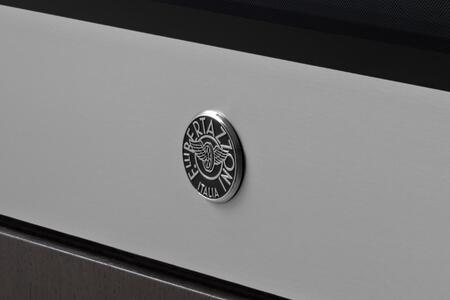 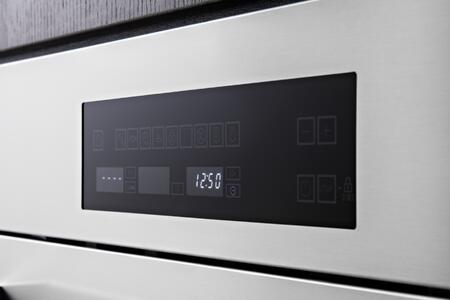 Bertazzoni's Professional Series aims to bring professional Italian quality into home appliances, and the PROF30SOEX is a great example of this principle. You can bake, microwave, and broil just about anything in its 1.34 cu. ft. interior, and it also has a steam reservoir for steam-assisted convection cooking. The controls are as easy as using a smartphone, and the glass control panel and stainless steel surfaces repel fingerprints by nature. Bertazzoni has even paid close attention to the little details, such as the soft motion door for easy opening and smooth closing. 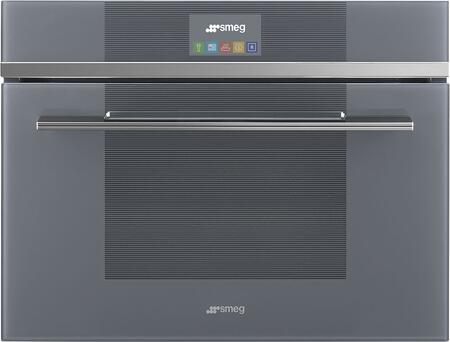 At 1.77 cu. ft., the Smeg SFU4104MCS, from the Linea Series, is the most spacious speed oven on this list. Its Mystic Gray Glass exterior and full-color TFT touch screen display make it stand out from its competitors and gives it a sense of modernity, while its 50 automatic cooking programs ensure that you'll always be able to find the perfect way to bake your food. It also uses true European convection, making it even more effective at cooking quickly and evenly. The Ever-Clean enamel cavity means you'll spend more time cooking than cleaning up, and the halogen light makes it easy to watch your food cook without opening the door. 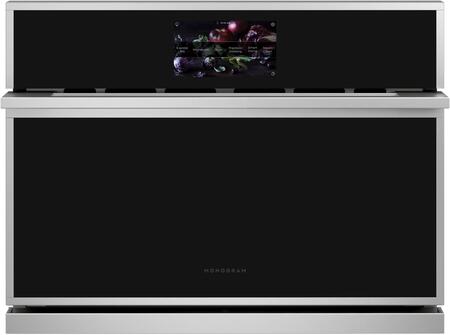 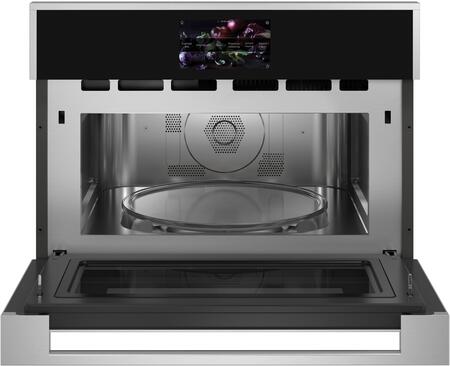 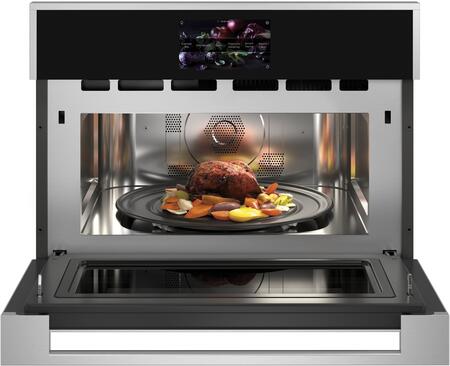 Monogram's ZSB9121NSS is part of their Minimalist Series, but don't confuse the minimal appearance with a lack of features. This 1.7 cu. ft. speed oven uses Advantium® technology to function as a convection oven, toaster, warming oven, precision oven, and a microwave, making it an exceptionally flexible five-in-one oven. You can choose between these modes (as well as search 175 pre-programmed food selections) using the large, full-color touch display or on your smartphone or tablet via WiFi. The interior halogen lights make cooking even faster, virtually eliminating the need to preheat food. As a finishing touch, this low-profile speed oven is designed to fit seamlessly into your kitchen along with the entire suite of Monogram Minimalist Series appliances.

Can you bake a cake in a speed oven?

Yes! Even though speed ovens are smaller than their traditional counterparts, they have all the same features.

Can you use aluminum foil in a speed oven?

This depends on the exact model of oven and the cooking mode you plan on using. It's always best to check the manual of your specific speed oven. 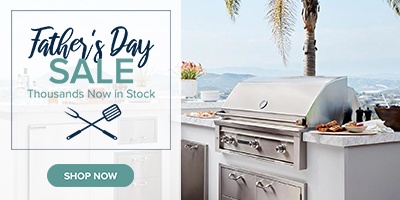 The Most Energy Efficient Air Conditioners of 2021 | Top 5 Review

The Benefits of Outdoor Ventilation

The Most Reliable Dishwashers of 2021 | Top 5 Review

The Best Vacuum Cleaners of 2021